How to Develop Characters by F.L. Ruby

How to Develop Characters:

When I did an author meet-and-greet at a small rural library in Eldred, Pennsylvania last February, I was touched by how sincere everyone was and the warm welcome they gave me. I’d go back there any day and love to travel to libraries (big fan of libraries) and/or small bookshops to meet people and talk literature. A few weeks after the Eldred trip I traveled to Olean, New York (just over the PA border) to present a writing workshop at the Olean Public Library and Historical Society, using excerpts from my novel, Sean Roberts, as writing prompts for the participants.

One of the topics we discussed at the Olean workshop was character development. I’ve listed eight strategies I used to help me write my characters for Sean Roberts.

The best strategies are the ones that make sense and work with your writing, your style or genre. My list worked for me but you may choose to create your characters differently. Let’s go back to the Olean Library for a bit. When I started the workshop, I asked everyone to read a page from my novel with college English professor Sean Roberts lecturing to his creative writing students.

“I’m reluctant to ‘tell’ anyone how to write,” said Sean. “My hesitancy stems from the possibility of tainting your own creativity, your own unique style, with a set of rules you must follow. Other than basic grammatical rules of language in general, I struggle to find the value in adding any more constraints to your own individual style and creativity. The beauty of creative writing begins without boundaries or rules. In fact, do not read ‘how to write a novel’ advice or websites with that title. Craft your work first. Write whatever comes to you. Trust me; you may have to go against the rules. Go with your head or go with your gut. Jack Kerouac wrote On the Road in twenty days. He wrote it on a one hundred-twenty-foot-long scroll…a loop of a giant piece of paper. Not exactly a proper rule was it? That scroll recently sold for $2.3 million…so there you go. Once you have everything on your scroll, then go to the ‘how to’ books if you want to see how you fit.”

After we finished reading the excerpt, we talked about what motivated Sean to start his class off that way. Why would a college English professor advise his creative writing students to avoid rules? What was his point, or better yet, what was my point to have the main character say this? Or believe this? Sounds like a good book study question, doesn’t it? As you get to know Sean Roberts, my main character, you realize he struggles with many things, including rules he considers minor or unimportant. His preference is a “seat-of-the-pants” approach. Maybe that’s why he has a fondness for Mozart or Picasso, or even Kerouac. They created their own art by rewriting and reinventing. Sean Roberts is a character who leads with his heart and his gut. He’s a flawed, self-doubting man who has failed often throughout his life but especially in his relationships with others. Sean has a bit of me in him, but more importantly, maybe a bit of all of us too.

Sean’s character develops through the narrator, who obviously knows him well and through Sean’s own introspection about himself. What he says to himself, either under his breath or in his deep thoughts, portrays him as he sees himself—that flawed, self-doubting man. He also explains himself during his regular visits with his psychologist as well as his interactions with other characters. So, why then, did Sean lecture his students on a seat-of-the-pants approach to writing? Perhaps that’s something left for reader interpretation!

When I began writing Sean Roberts, I tried hard not to read much of anything—from writing advice to actual novels. It worked well for the creative writing part until the flipside kicked in. There’s always a flipside. Mine was editing. While I’m glad I didn’t get caught up in rules and “how-tos” at first, I could’ve saved valuable writing time if I had paid more attention to the writing tips available to me. Whether it was from a writer’s blog, writer’s workshop, or books on writing, I’m certain all my re-writing wouldn’t have taken as long as it did. Good advice is invaluable. However, I also had a no-nonsense editor who read my manuscript in a mechanical way. She was all matter-of-fact and ripped into it with a vengeance. It was exactly what I needed and I recommend using an editor who questions you and forces you to rethink and rewrite. A good editor is a brutally honest, no-nonsense editor.

The bottom-line, in my opinion, and my point for using the Sean Roberts prompt in the Olean workshop—besides the slight tongue-in-cheek—is to find a balance between recommended writing techniques and your own creativity. Try it without rules a few times. Let it go. Be a Kerouac! Some of the very best writers take chances all the time and break rules. We know who they are. Maybe you’re the next one.

I hope the eight simple strategies I’ve shared with you get you to think more about the characters you plan to use in your stories. Most importantly, though, use what works best for you and adds value to your writing. Good luck and get writing!

He lives in Pittsford, New York with his three children: Mack, Sophie, and Tori.

Check out Leonard Tillerman’s book review of Sean Roberts and his author spotlight of F.L. Ruby at leonardtillerman.com/

Your email address will not be published. Required fields are marked * 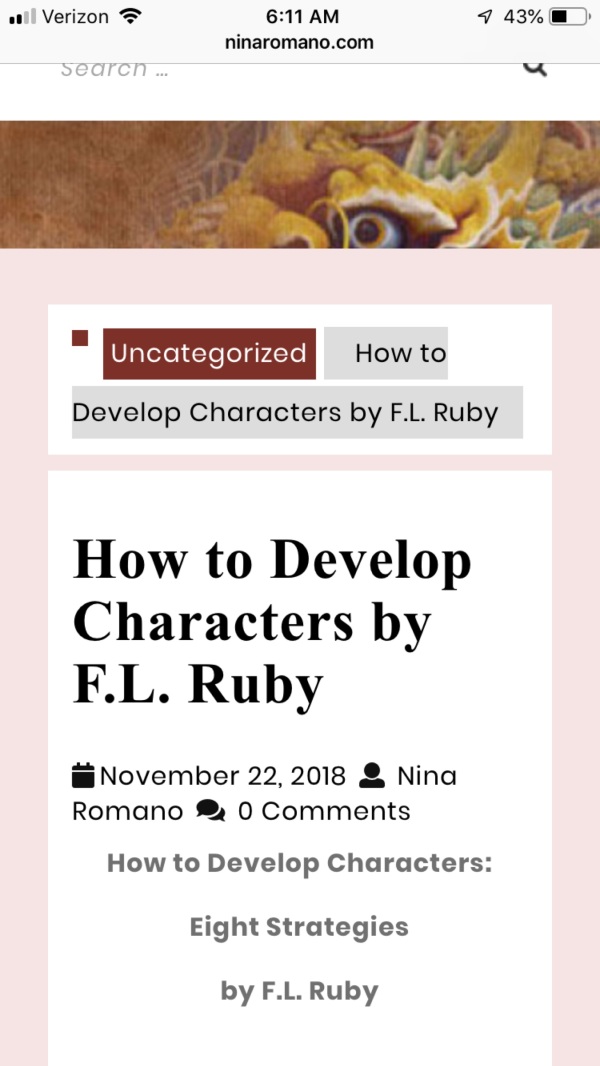 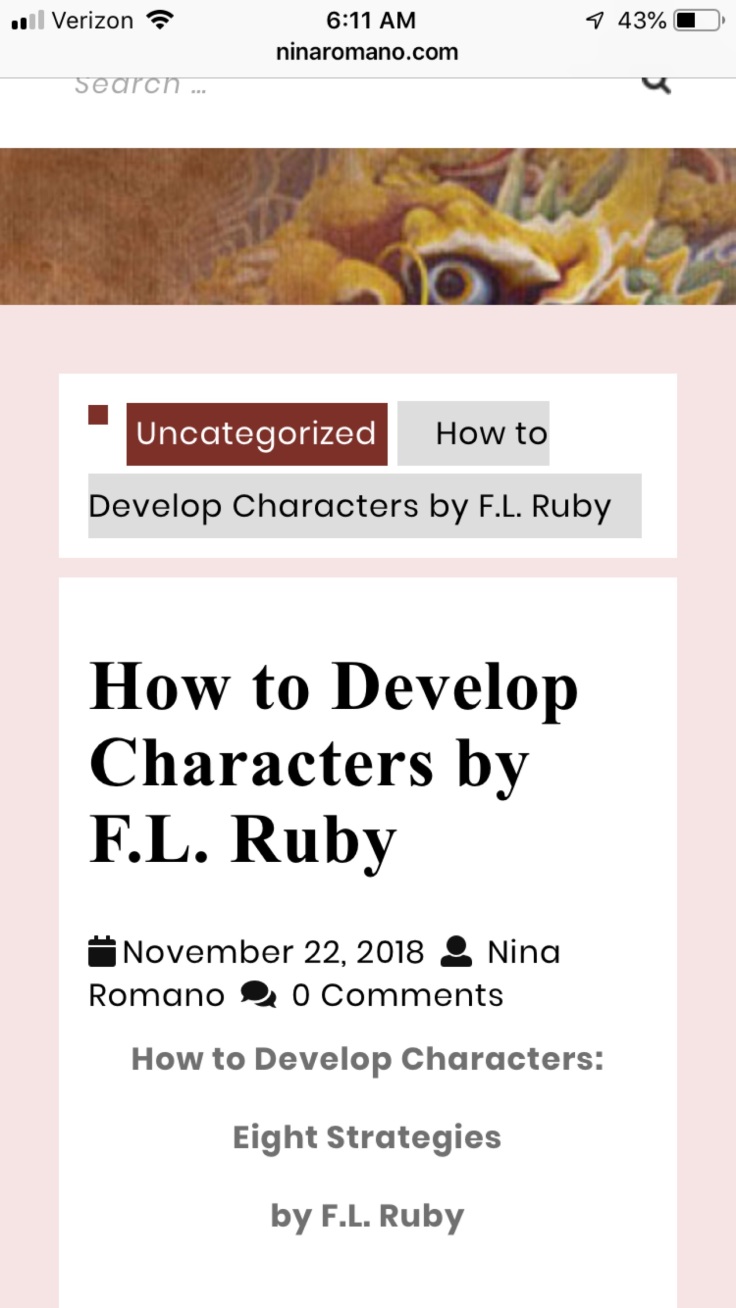 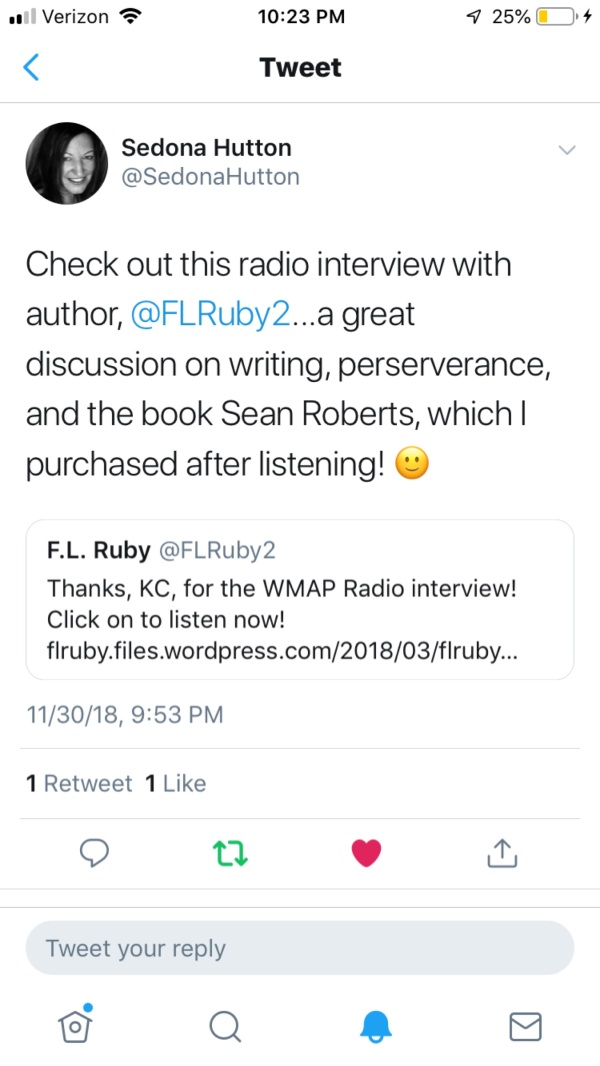 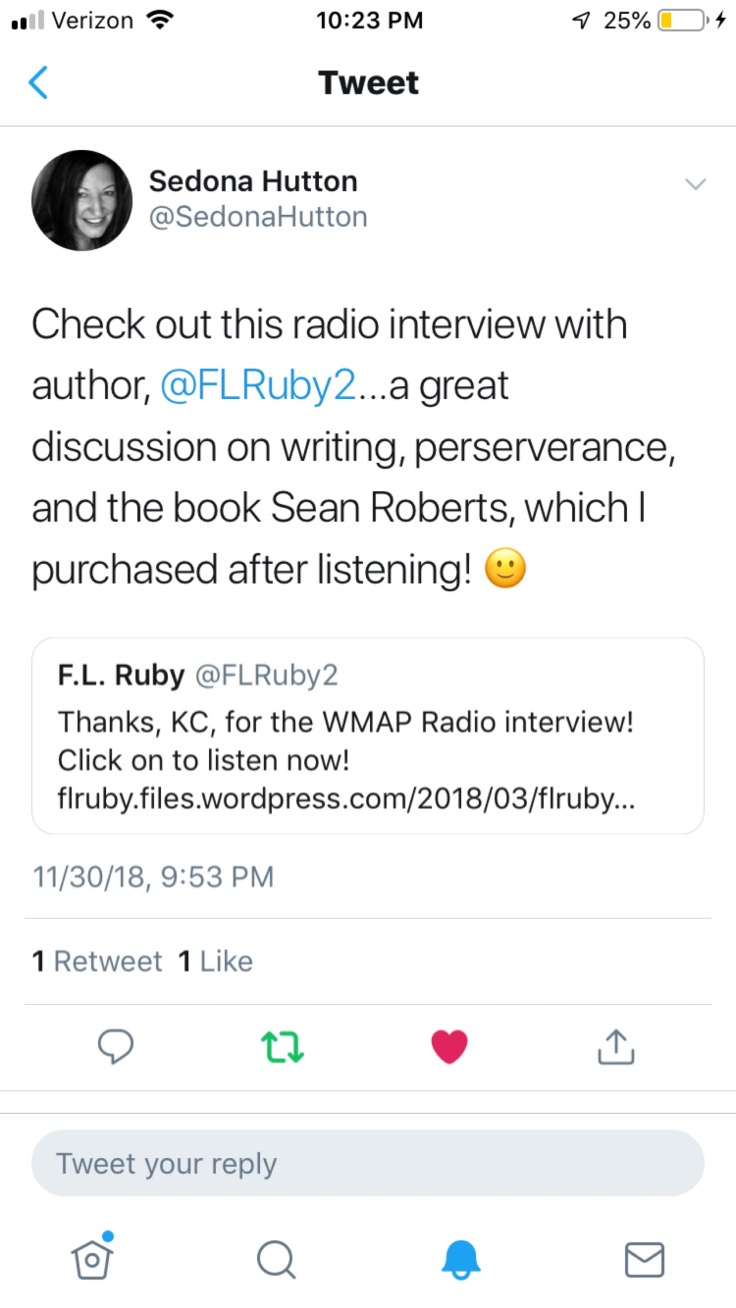 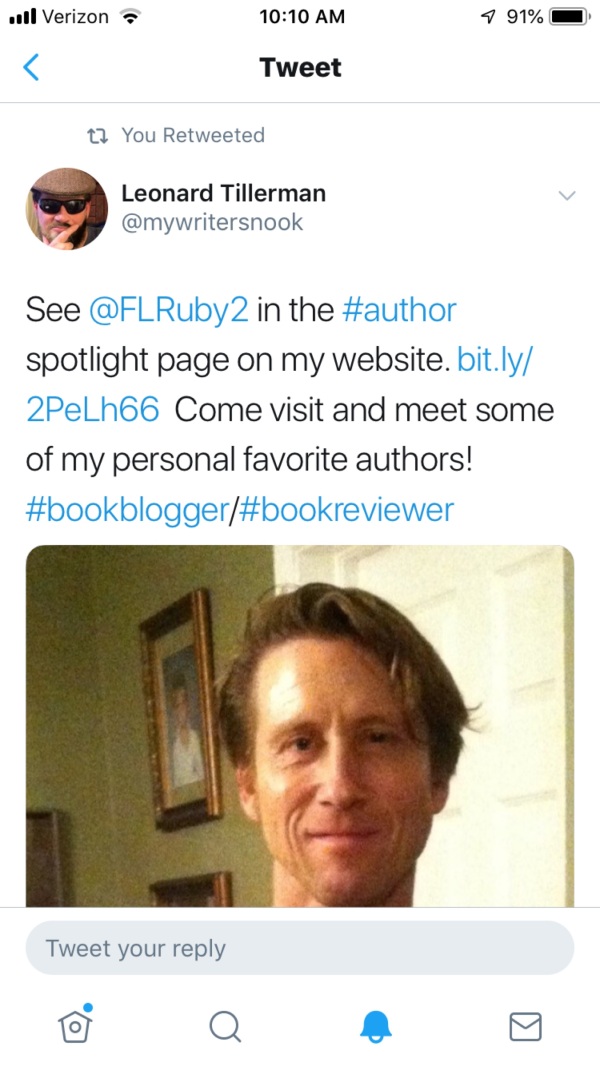 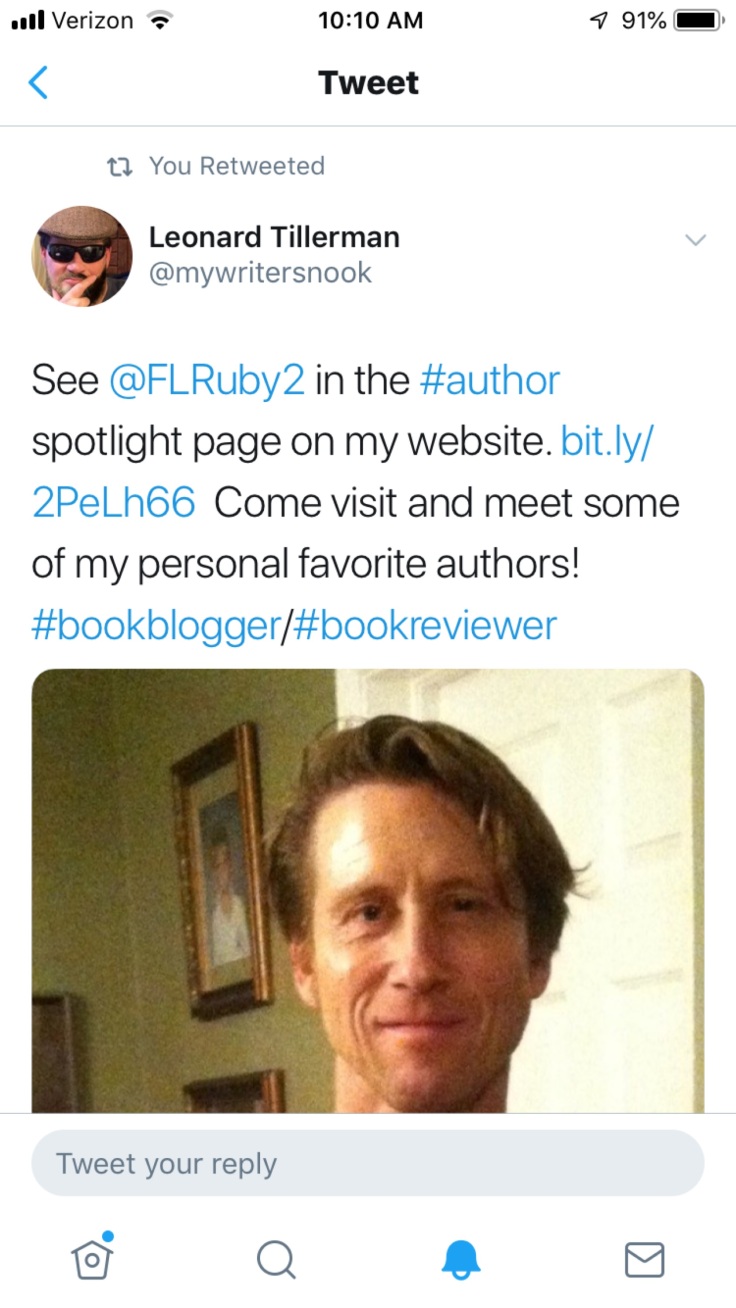